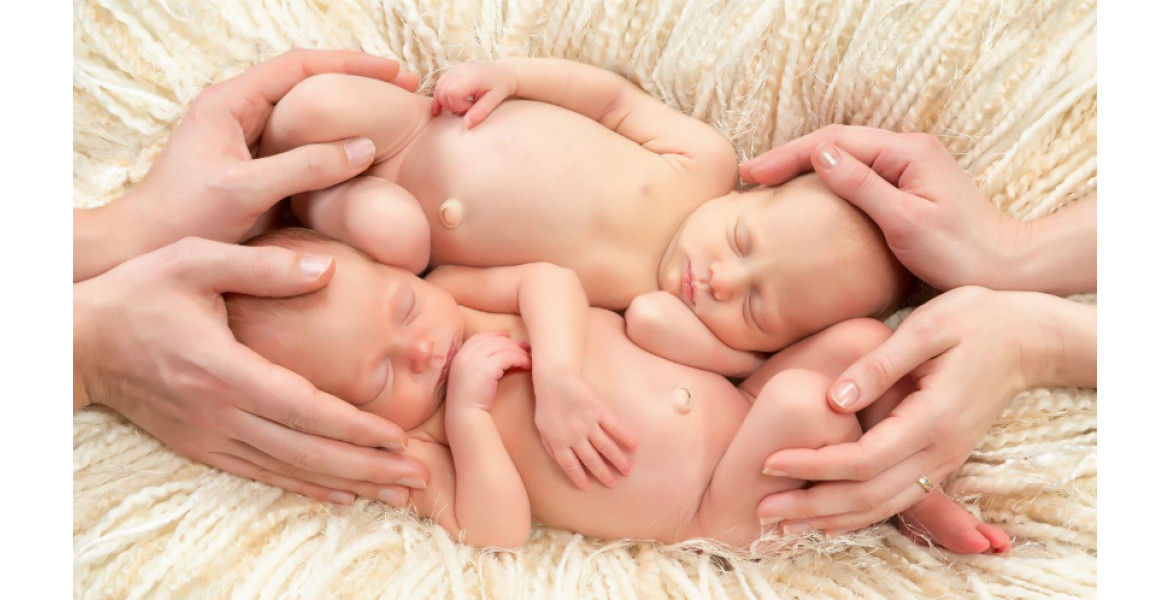 “By making twin babies, I would raise both of them in a snap!”, “I expect twin babies, I should eat more!”, “I avoid acting so that my twins do not hurt!”… This and similar false beliefs in twin pregnancy can harm the mother and their babies beyond what they think. .

Especially in recent years, with the advancement of the age of being a mother and women taking more place in the working life, we frequently encounter advanced age pregnancies. Use of assisted reproductive techniques such as IVF plays an important role in the prevalence of multiple pregnancies in our country. There are very important points in the process of expectant mothers expecting twin babies in terms of the health of themselves and their babies. Because the risk of twin pregnancies is said to be about 7 times higher than normal pregnancy, not as twice as a warning, by experts. By investigating 6 dangerous mistakes in twin pregnancy for you, important

Honestly: One of the biggest mistakes of expectant mothers; I will have my twin saying eat more. However, overeating is not a gain for the baby, but a burden for the mother and threatens both herself and the health of the twins. It is essential to pay attention to weight gain, to be weighed regularly and to eat a balanced and healthy diet. Since feeding with quality proteins is very important; red meat, chicken, fish, yogurt and eggs must be consumed. It should be fed with protein and carbohydrate should be reduced. When the mother-to-be eats something, she should say, "Can this be made at the patisserie, can it be sold?" Also, you should remove salt and sugar from your diet and drink 3 liters of water every day.

2. Wrong: Work up to the power ability by saying that everything is fine!

Honestly: Multiple pregnancy is quite risky compared to normal pregnancy. In twin pregnancies, the possibility of preterm birth is approximately 5 times and the probability of miscarriage is 30 percent more. Also in the expectant mother; pregnancy blood pressure, pregnancy sugar risk, pregnancy poisoning are seen much higher than normal pregnancy. There is an increased risk of hernia formation due to excessive stretching of the uterus. The difference in twin pregnancies is not clear until 24th week compared to normal pregnancy, but the risk increases after 24th week. Therefore, expectant mothers expecting twins after the 24th week should stop working, and should not try to work 'until they endure'.

Mistake 3: Planning a twin pregnancy, saying, "The two grow together, my business life is indivisible!"

Honestly: Today, women are more involved in working life and career concerns both carry the age of being a mother over 35, and they are able to undergo twin pregnancies with the idea of ​​“I will do twin baby work at once. I will be able to give birth to a child with a few years apart and have the same process, thanks to assisted reproductive techniques, I can handle it with a twin pregnancy in one go, the thought is extremely dangerous and wrong. In multiple pregnancies, the risks are more common in babies, from developmental delays to structural disabilities, preterm birth to pregnancy sugar and pregnancy poisoning. However, the approach to get a single baby in twin pregnancies is also described as an unethical and extremely dangerous and unacceptable approach.

Mistake 4: Avoiding movement to be dangerous!

Honestly: In expectant mothers who are expecting twin babies, there may be an idea that "let me avoid the movement, it will be dangerous" and they prefer to go to bed mostly as they avoid walking. On the contrary, a regular 1-hour walk has great benefits for the mother and her baby. It also raises metabolism; babies are fed by what the mother burns as a result of movement. The expectant mother who is expecting a twin baby will walk 1 hour at a time, the first 45 minutes are very important. It doesn't matter if it is brisk, the mother shouldn't force herself. Gestational metabolism remains high for 12-14 hours, even if she sleeps after this walk. But it is declared that it is extremely harmful to lie down and not always walk.

Honestly: Twin mother candidates can enter into a more worried process than single pregnancy, as well as happiness and excitement with pregnancy. While some can manage stress, some think that they can not prevent stress and also harm their babies with this stress, and they can get a great guilt. Intense stress; It almost contracts the umbilical cord that connects the mother and the baby, and the baby goes to a fearful and angry position in the mother's womb. Let's not frighten our baby with stress, it is explained that the mother's family and her surroundings are held in this special and sensitive period, and wrapped in cotton is a very important situation in the name of healthy mother, healthy baby, healthy society.

6. Wrong: Going to a doctor once a month!

As a matter of fact: Twin pregnants need to be more strictly followed by doctors than single pregnants, moreover, twin pregnancy requires special follow-up. Therefore, it is not correct to have twin pregnancy follow-ups once a month. It should not increase follow-up intervals over two weeks.